How we helped break records for the largest charity event in Norway, and won a European excellence award along the way.

We helped with
Insights
Conversion optimization
View all services

Every year since 1974, the Norwegian people have joined forces in a giant, yearly fundraising event for charity – the NRK Telethon (NRK TV-aksjonen). An instrumental part of this campaign is gathering volunteers to spend their Sunday afternoon walking door to door, asking for donations from the rest of the population. Given the size of the country, and the Norwegian weather in late October, it’s a rather big challenge.

Reodor was hired to help one of Norway's largest campaigns more effectively drive ad spend prior to the 2018 Telethon, and help make sure they recruited 100 000 volunteers.

In this day and age, there are huge leaps in technology every year. So even though the Telethon organization is already known to do an excellent job, we investigated if there were ways to make their work even more data-driven.

In a geographically large country like Norway, it is vital to have live data on what counties and cities are on track, and who needs more help. Collaborating with Butter Metrics, one of Reodor’s portfolio startups and a company specializing in democratizing data for organizations, we brainstormed ways to use their software in this case. The NRK Telethon had many different sources of data, so we started by scraping data from relevant sources and combining it into one dashboard. We then split the country into 450 zones and prioritized these. Finally, we applied daily goals for all 450 areas, and created a new way to visualize data for the entire organization and their marketing partners.

In addition, we picked out the five most important metrics and created an automated daily Slack report distributed to all relevant stakeholders, with a clear description about what was on track and what wasn't.

Equipped with new data and daily updates on all central progress the marketing team at Trigger communication agency was able to execute a campaign that delivered record-breaking contributions. A fundamentally new feature was a live update of what city or area needed the most assistance at any given time. This list was used by the team to push hyperlocal ads, targeted specifically to that district. Facebook ads like "Grünerløkka - we need your help!" assembled volunteers incredibly well, and we quickly covered each district when needed.

As a result of the work carried out, the Trigger and Reodor team received the "European Excellence Award" for best "Data-driven communications campaign" – a testament to how efficient and groundbreaking our approach was. 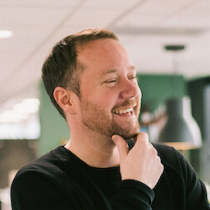 Talk to
Hallgeir Knutsen
if you want to hear more about this project.
Book a chat